Ulcers are sores that appear inside the mouth and can be itchy, stingy or painful.  A one-off ulcer is usually due to trauma when eating. A recurrent ulcer is one that comes and goes, sometimes every few weeks - arising in different locations in the mouth. (They are different to cold sores, which appear on the outer lips and are due to a viral infection). 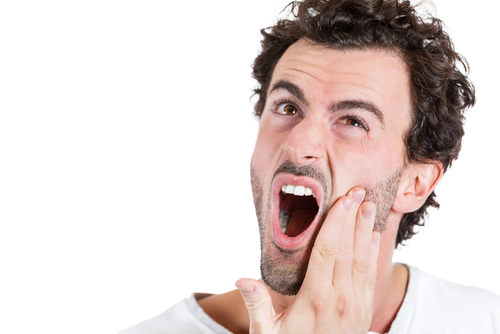 Yes.  Over 60% of the population have oral ulcers at some time in their lives.  Often recurrent ulcers begin in childhood but most people grow out of them by their late twenties.  In many cases several members of the family may suffer from these ulcers, which can be due to a family tendency and not to infection.

Where and how can recurrent ulcers appear?

Minor ulcers can appear inside the cheeks, on the lips, tongue, gums and, more rarely, the roof of the mouth.  Most of these ulcers (minor type) are the size of the top of a pencil and can sometimes come in clusters.   Large ulcers (major type) may appear near the tonsils and can be very painful, especially when swallowing.  It is also possible to have up to 100 very small ulcers (herpetiform type).  However these last two varieties are very rare. You may get ulcers in other parts of the body e.g. eyes or genital area.

How long do they last?

The ulcer is usually preceded by an itchy feeling at the spot where it is due to appear.  After 6-24 hours an ulcer forms and can last 7-10 days.  The very large ones usually take up to six weeks to heal.

Recurrent mouth ulcers cannot be caught by kissing or sharing drinks and utensils, as they are not caused by an infection.  They may be an autoimmune disease caused by the body attacking the cells lining the mouth. It has been suggested that the following factors have a role in causing mouth ulcers:

Should I worry about my ulcers?

No.  Most ulcers heal up on their own.  In order to reduce the pain from these ulcers it is important that you keep your mouth clean at all times. Use a diluted chlorhexidine mouthwash (CORSODYL) once daily.  You can buy this in any chemist. Sprays, gels and rinses are also available for pain relief.  It is advisable to consult your dentist in case you need additional medications or if the ulcers persist.

What will the dentist do?

If you are frequently troubled by ulcers and they are negatively affecting your life your dentist may refer you to have blood tests taken to try to find the source of the problem. It is also possible to be prescribed some medication to help the ulcer to heal faster and so reduce the pain.  However these medications cannot stop the ulcers from appearing.  Most are steroid based but are safe to use provided they are not swallowed in large quantities.  It is usually recommended to use them as soon as you feel an ulcer coming.

Other medications can be prescribed by your dentist or specialist, if necessary. If an ulcer fails to heal in three weeks, see a dentist who will refer you to a specialist if necessary.